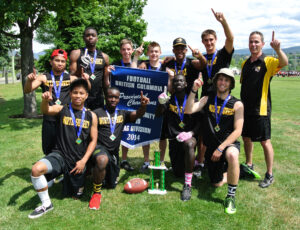 All North Surrey teams had outstanding tournaments, with 7 out of the 9 reaching the top 10, highlighted with Championship wins in the U10 and U19 divisions, and a 2nd place in the U12 division. Congratulations to the U10 BC Champion Destroyers, coached by Chris Stadnyk and Ereen Dizon and the U19 BC Champion Ravens, coached by Jim Head for an outstanding tournament. Both teams were undefeated the whole weekend. 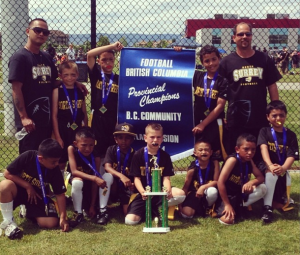 Congratulations also goes out to the runner up U12 Mambas coached by Moe Hanif and Shane Cameron for a fantastic showing, going undefeated until the final game and outscoring their opponents 300-36. Strong showings in the U16 division with a 3rd place finish by the Seahawks, coached by Bill Mills and a 6th place by the Tigers, coached by Wayne Van Buskirk.