The boys football team spent the evening feeding over 250 people.

September 1, 2017: Bisons not so hot in debut. Jamel Lyles return to the Manitoba Bisons on Friday was bittersweet. 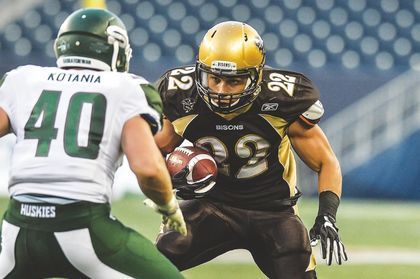 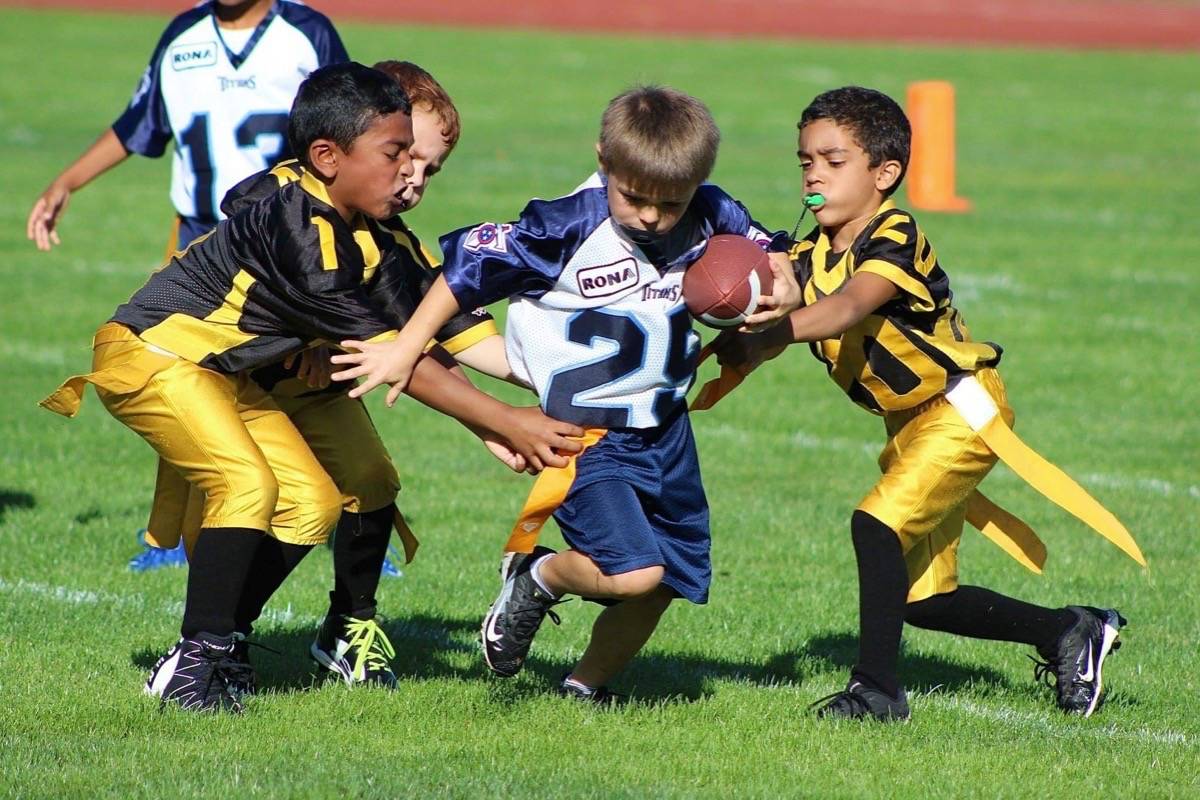 NEWCOMER LYLES HAS WESTSHORE REBELS READY TO RUN OVER OPPOSITION

Football fans in B.C. know what Jamel Lyles is capable of.

A standout with the Lord Tweedsmuir Panthers in Surrey, Lyles then enjoyed a fantastic first season at the University of Manitoba in 2015, where he was named a conference all-star at running back and kick returner and Canada West rookie of the year. 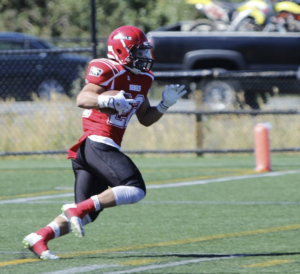 The Westshore Rebels opened up a 34-10 lead by the 9:38 mark of the third quarter and managed to hang on for a 42-34 victory over the Langley Rams in Week 1 of B.C. Football Conference play on Sunday afternoon. Trey Campbell ran for a pair of second-half touchdowns and Jamel Lyles (NSMF Alum) recorded a 98-yard major score on a kick return for the hosts.

No ordinary Joe, this 49-year pioneer keeps on coaching in North Surrey

This is Joe Connelly we’re talking about, a man who has lived and breathed North Surrey Minor Football for five decades.

He began coaching the game in the late 1960s, and never really left.

In Surrey and around the province, Connelly is a football pioneer who was recently recognized as such during the Orange Helmet Awards, the annual celebration of amateur football hosted by the B.C. Lions at a Vancouver hotel.

A charge of second-degree murder has been obtained in the death of a teenager in Surrey in 2014.

Seventeen-year-old Jaylen Sandhu was reportedly stabbed multiple times on Dec. 18, 2014 in the 16300 block of 88th Avenue.

Highlights: Sebastien Reid with three touchdowns, Jaheim Minott with one, and kicker Steven Sharma with four converts accounted for the Tigers scoring. Michael Bachoush was the leading tackler. Despite back-to-back losses dashing their hopes for the Little League World Series title, the White Rock All-Stars have “fulfilled a childhood dream” in Williamsport, Pa. this month.

WHITE ROCK, AUGUST 17, 2015 – Jay Mather is not only the quarterback for the North Surrey Junior Bantam Falcons, he is also a White Rock Little League pitcher on his way to the World Series in Williamsport, PA as Canadian National Champions.

Read the full story in the Peace Arch News → 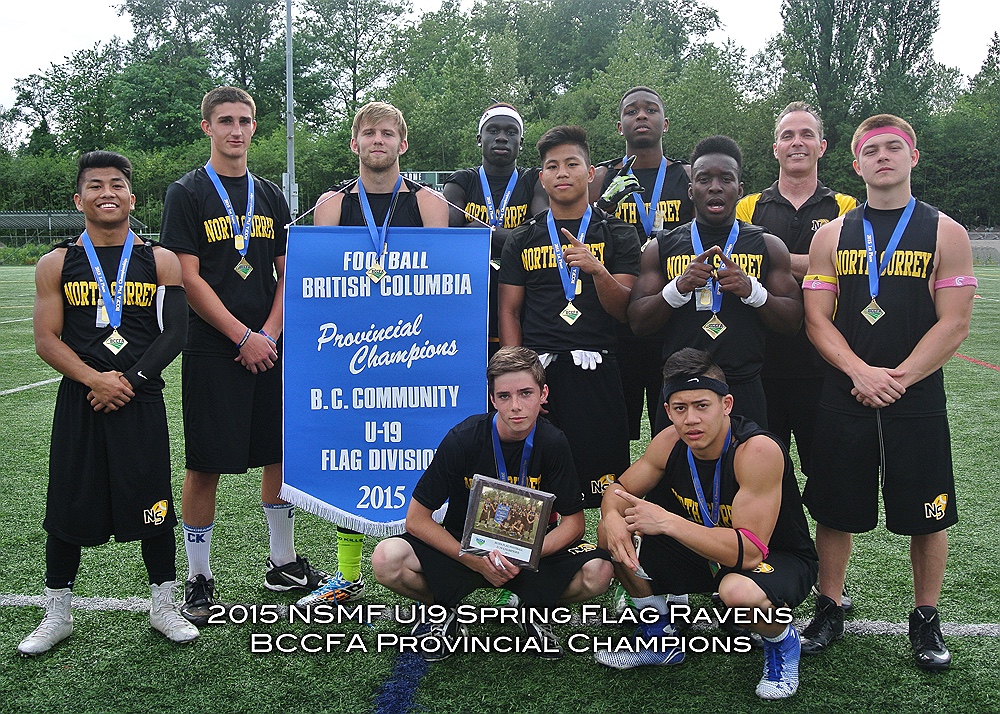 BURNABY — Some last-play heroics led the U19 Ravens of North Surrey Minor Football to a flag football provincial title on Sunday (May 31). 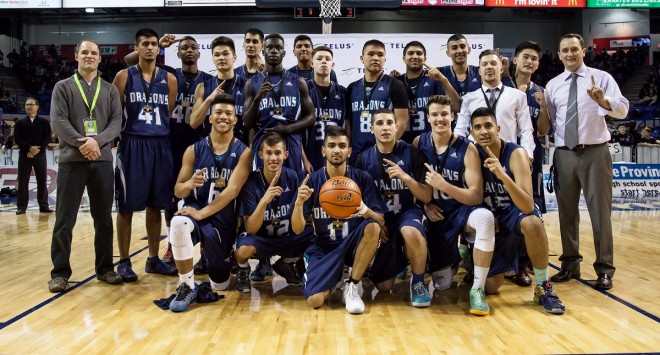 Congratulations to 3 of our Midget Bears Players, Emeka Okuma, Simon Odong and Shawn Domingo as their team, the Fleetwood Park Dragons knocked off the top seed in the Sir Charles Tupper Tigers 73-65 to capture the 2015 BC High School Basketball Boys 3A Championships at the Langley Events Centre on Saturday night.

Emeka with a team-high 20 points, 18 rebounds and an astounding 7 blocked shots was selected to the tournaments 1st Team All Stars and took home the tournament MVP.

After his best friend was slain, Bisons’ star recruit races to city

Lagou breaks a couple of tackles and gets #TeamBC a first down. Ball on VASA’s 34. #TanoaBowl 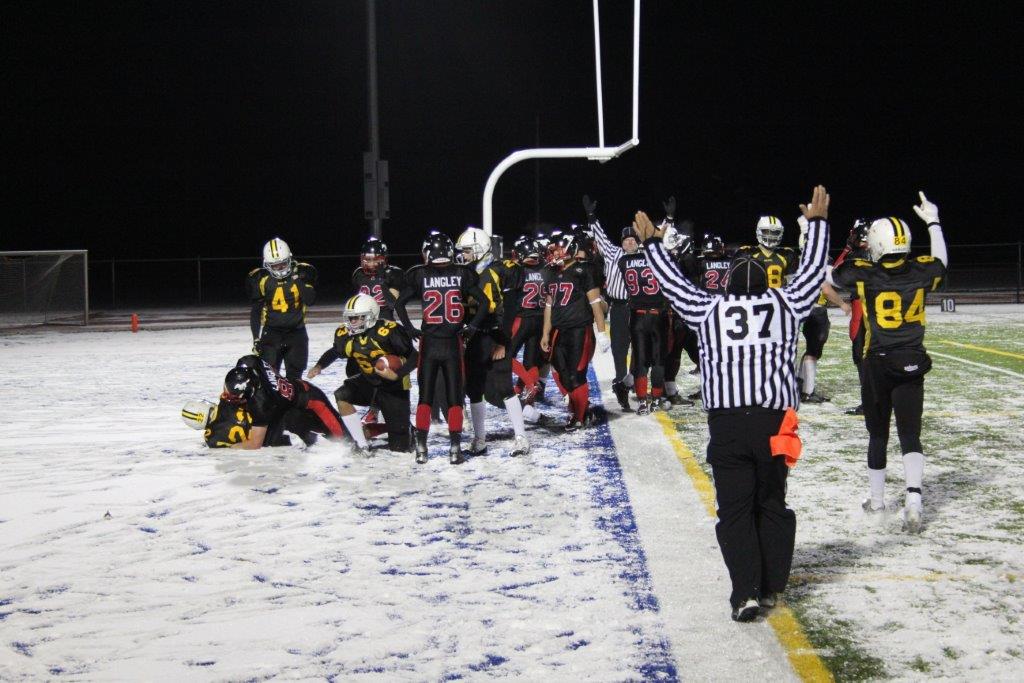