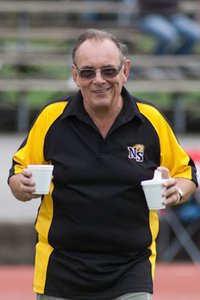 Robbie as we remember him.

It is with great sadness that we announce the passing of Rob Mountford, long time President, friend and mentor on December 4, 2010.

Born, November 18th, 1943, Rob joined the NSMF association in 1970 coaching the JB Lions. In years to come he would go on to coach the (then) Bantam Bears and leading them to a Provincial Championship.

He became President of NSMF in 1988 and help the position for 22 years until he retired in 2009. During his tenure here, he also served on the board of directors of the VMFL starting in 1990. He became a Vice President of the VMFL in 2000 until 2008. 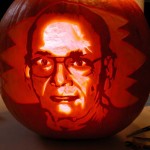 A tribute to Robbie one Halloween

Robbie was remembered through the 2011 football season.

As a tribute to our long time president, all NSMF helmets in 2011 were adorned with a Robbie Mountford memorial sticker.